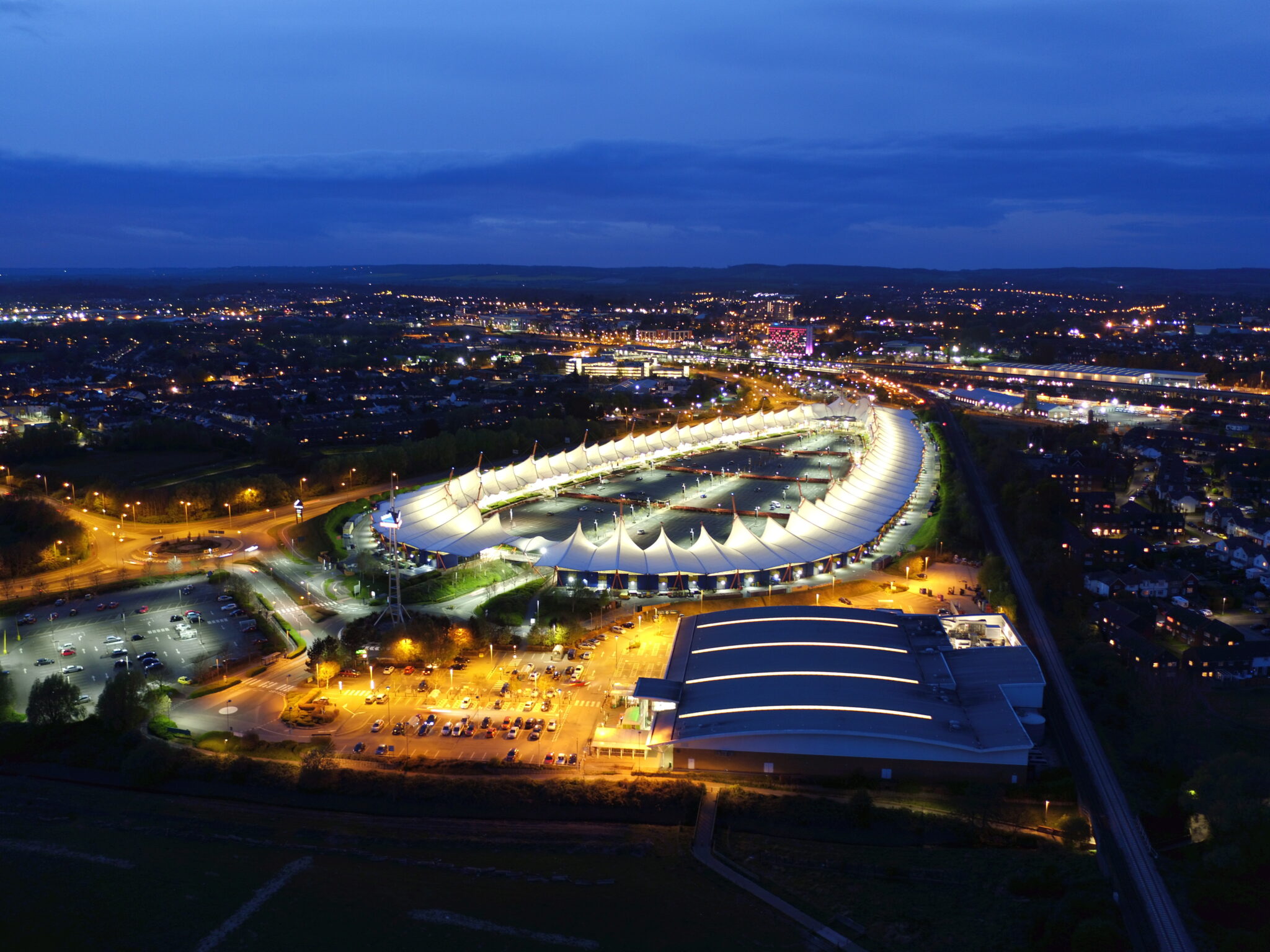 With fantastic transport links including high speed train connections (38 minutes from London and less than 2 hours from Paris), a location on the M20 corridor and access to Heathrow and Gatwick airports, Ashford is ideally located for business. The borough is home to a wealth of local employers ranging from internationally recognised companies such as Chapel Down Group, Tarkett and Givaudan to prominent digital businesses including PageSuite, SixTwo and Visarc.

Ashford town has everything a thriving urban area has to offer while remaining in close proximity to the countryside of the borough, which has also made it a popular place to live with its population increasing by 22.2% over the past 15 years.

There’s few places in the UK that have transformed as much as Ashford town centre over recent years, with a number of major regeneration projects completed and more in the works. In this blog post, we explore the projects that have changed Ashford and what the future holds for Kent’s international town.

The building of news homes in the Ashford borough has meant new residents can chose between town centre and countryside living.

Our Riverside Park development offers contemporary, open plan apartments and townhouses and the first phase was completed in 2019. It benefits from being only a short walk from the town centre, while remaining surrounded by green space and overlooking the Great River Stour.

With the initial phases completed over the past few years, Finberry is a new village development consisting of apartments, cottages and family homes surrounded by countryside. A few miles away sits Chilmington Green, a collection of two, three, four and five bedroom houses as part of a new ‘garden city’.

The largest speculative office block to be built in Kent for 20 years and the first phase of Ashford’s new commercial quarter, Connect 38 offers contemporary commercial space in the heart of the town centre. Only a short walk to the train station, the space has attracted major companies to the area including premium flooring specialists, Tarkett.

The Coachworks has brought new life to derelict industrial buildings and created a ‘meanwhile’ development, offering co-working space, as well as outdoor event space and street food venues. Developed by Turner Works, the London-based architect behind Pop Brixton, this is a modern and exciting project for the town.

Outside of the town centre, Carlton Road Business Park, opened in 2019. Offering flexible warehouse and industrial space, the development lends itself to businesses that are looking to expand in the area.

Elwick Place is a 100,000 sq. ft retail and leisure scheme which encompasses a Picturehouse cinema, gym, hotel, retail and restaurant. Launched in December 2018, the project represents a £75 million investment and is part of Ashford’s growing reputation as a place to visit, as well as live and work.

Similarly, Curious Brewery, which is affectionately described as a ‘modern cathedral of brewing’, not only produces beer onsite, but also offers tours and includes a restaurant, bar and shop. The project was designed by award-winning local architect, Hollaway, and has been shortlisted for major awards since its launch in May 2019.

The Ashford Designer Outlet has been a major retail destination for the town since it opened 20 years and in November 2019 it launched its extension making it one of the biggest outlets in the south east. Covering 100,000 sq. ft of additional space and creating up to 500 jobs, the £90 million extension means the site now includes 130 premium brands, restaurants and cafes.

What are the future plans for Ashford?

Among the most exciting projects on the horizon for Ashford is Newtown Works, a £250 million mixed-use development centred around TV and film studios. Granted planning permission in April 2020, the project will transform a site that has sat derelict for decades and deliver up to 2000 jobs. As well as the studios, it will also encompass a hotel, restaurant, multi-storey car park and apartments.

Work is also underway on doubling the size of the award-winning Ashford International Truckstop, making it the largest in Europe. Once complete it will provide secure parking for up to 650 lorries and further support the freight industry.

In 2020 we will complete the second phase of our Riverside Park project, which will cement its place as the cornerstone of the town’s exciting regeneration. The later phases of Finberry and Chilmington Green will also be completed over the next few years.

GRE Assets is working on the second phase of a major residential development in Ashford, Riverside Park.