Best of Barcelona Living in Prospect 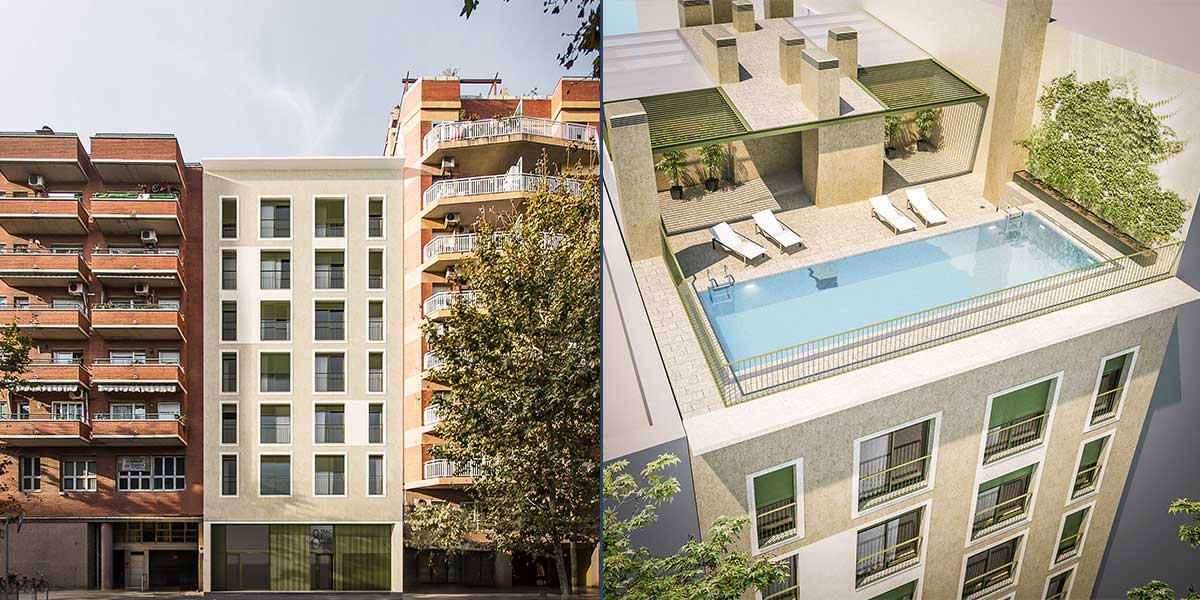 At the heart of Poblenou, one of Barcelona’s most sought-after districts, GRE’s nine-storey Bac de Roda building – with roof-top pool and 18 fully equipped apartments – has begun construction, with completion anticipated in mid-2018.

“We’re very excited about this new project, which confirms GRE Assets’ increasing role in high-end Barcelona development,’ said Michael El-Kassir, General Manager International at GRE. “This building is in a fantastic area of the city, with great transport links, proximity to the beach and all amenities.”

Poblenou (meaning ‘new village’) rose from a post-industrial decline in the 1990s when the Barcelona Olympics prompted massive regeneration programmes, bringing the coastal strip close to the city back to life. Investment has poured into the area, with warehouses converted into chic living and work spaces, while shops, bars and restaurants have thronged into the district.

The apartments comprise two and three bed units with ensuite and second bathrooms, together with energy-saving systems, aero-thermal units for heating and cooling, and fully-fitted amenities.

“El Poblenou lies between the great beaches of Barcelona and the city centre, which allows its residents on one hand a great chilled beach life and on the other hand proximity to a huge variety of shopping centres, bars and restaurants,” according to one neighbourhood guide. “Prices of flats in that area have increased dramatically, although it’s still a nice place to live. It offers wide open spaces, green parks and a lack of tourists.”