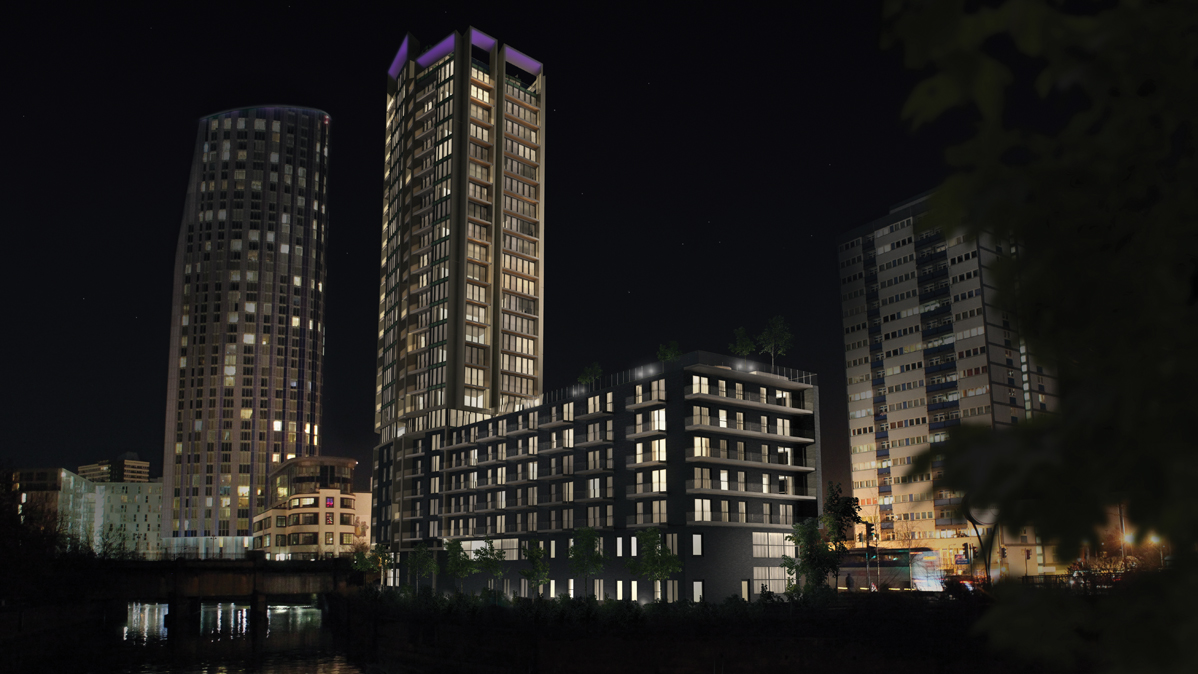 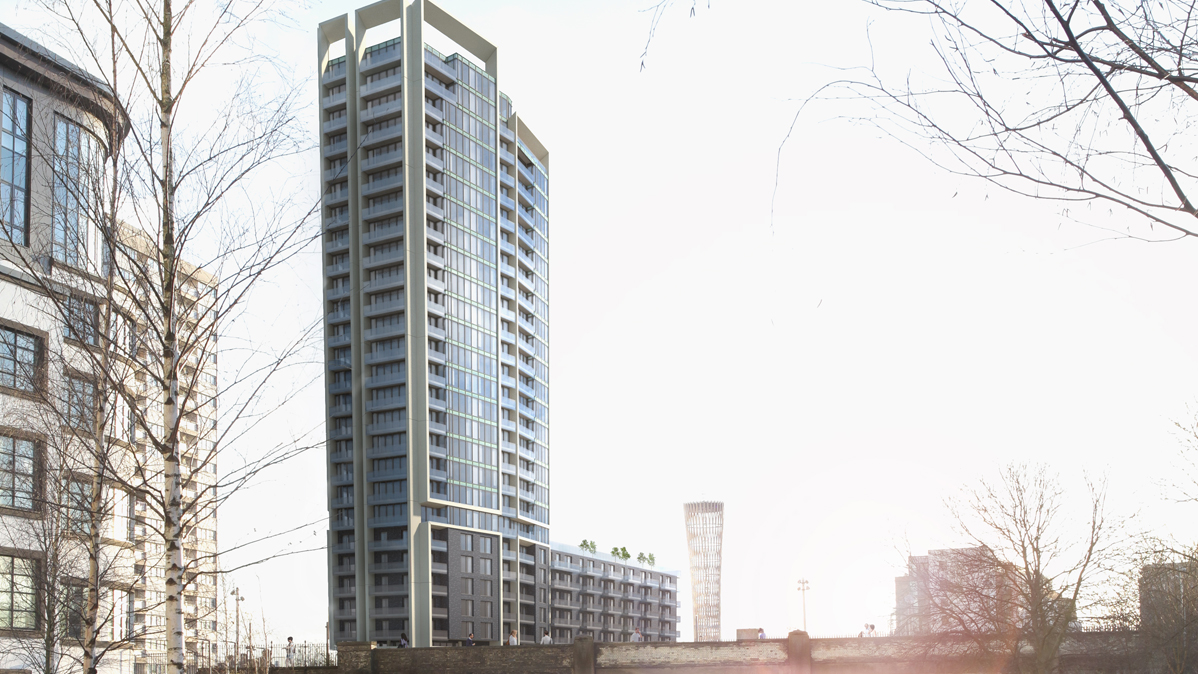 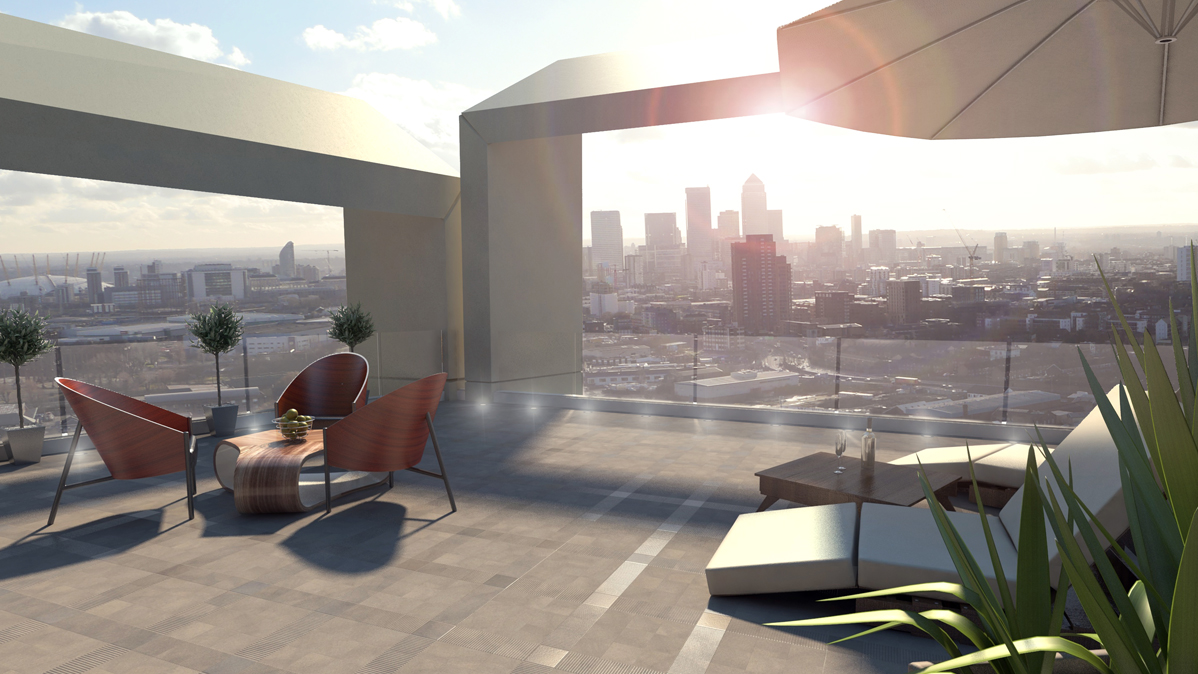 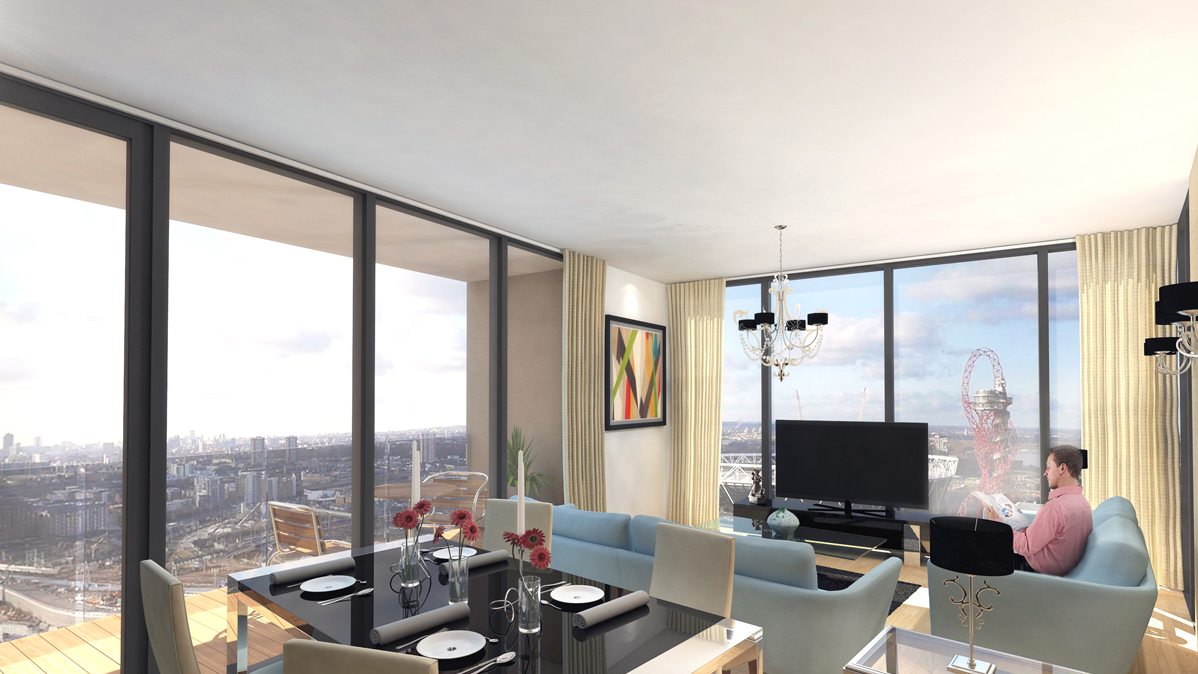 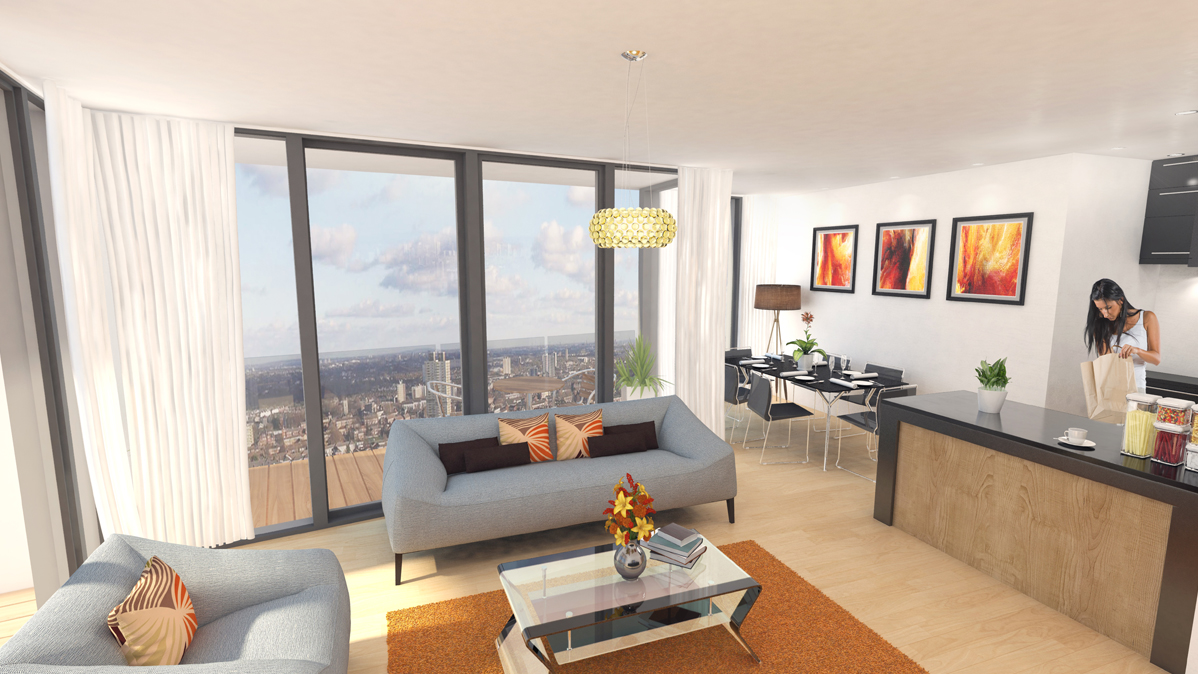 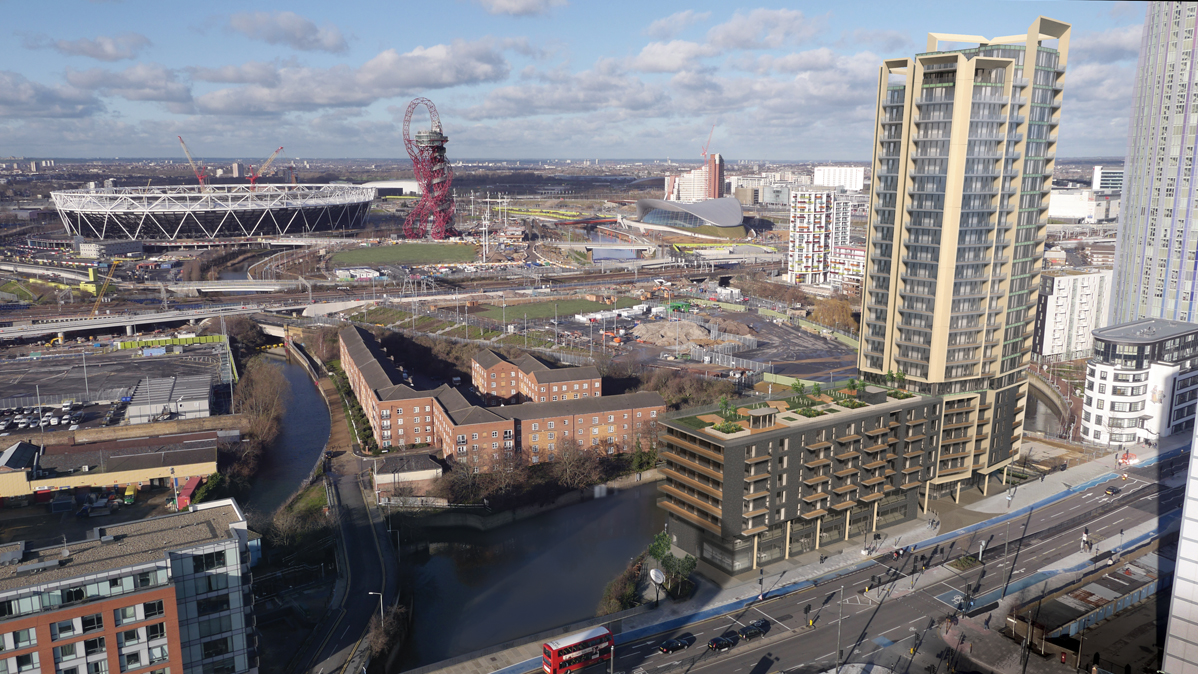 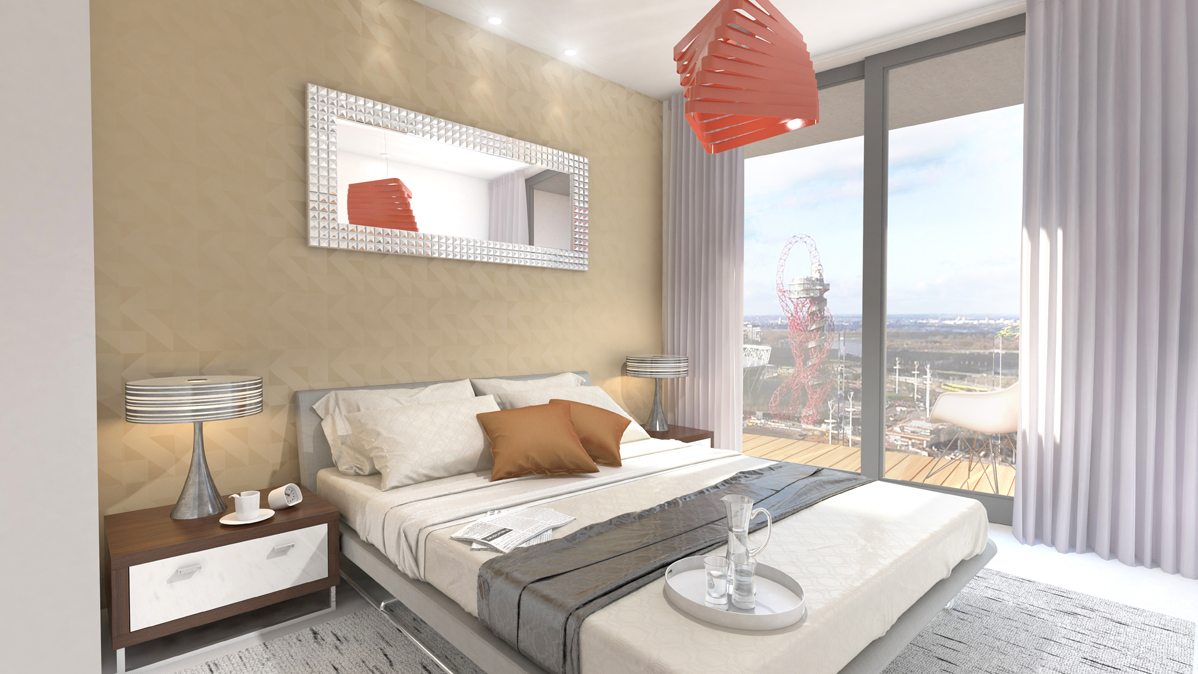 The one and two bedroom Waterside Tower apartments are based in one of London’s fastest growing districts and only a short walk from Stratford Underground Station, Westfield Shopping Centre and the Olympic Park. The project was completed in 2017 and residents benefit from excellent links to all central London has to offer.

The apartments encompass designer kitchens, balconies with views across the capital, and a rooftop garden overlooking the river. All residents also have access to an onsite gym and 24-hour concierge. 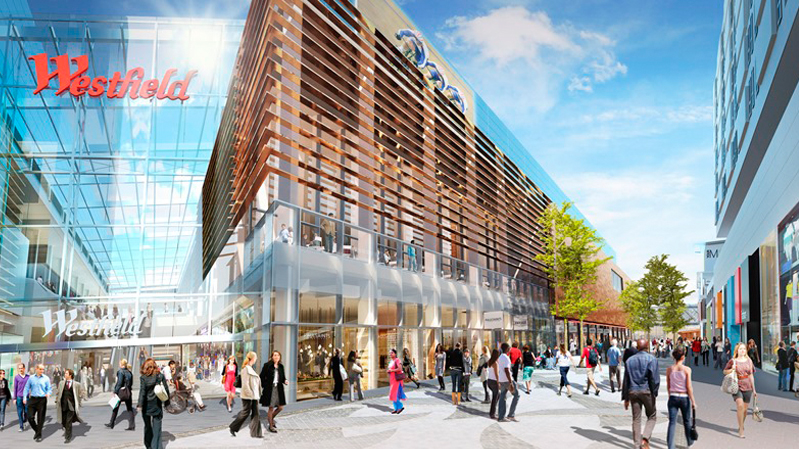 Stratford has transformed dramatically over the past few years. The 2012 Olympic Games became the catalyst for Europe’s largest regeneration project with Stratford experiencing £12.5bn of private and public sector investment. Further exciting projects are on the horizon for Stratford including International Quarter London and East Bank.

With 150 underground stations within direct access, and the remainder within just one change, no station in the capital is more connected. From Stratford Station, the Central line will take you to The City and Central London in 11 and 19 minutes respectively.

Stratford is also home to one of the UK’s largest shopping centres; Westfield Stratford City, which opened in 2011. With anchor tenants such as John Lewis and M&S, it is a major attraction to tourists and London residents alike.