What value does the Oxford-Cambridge Arc bring to the property market? 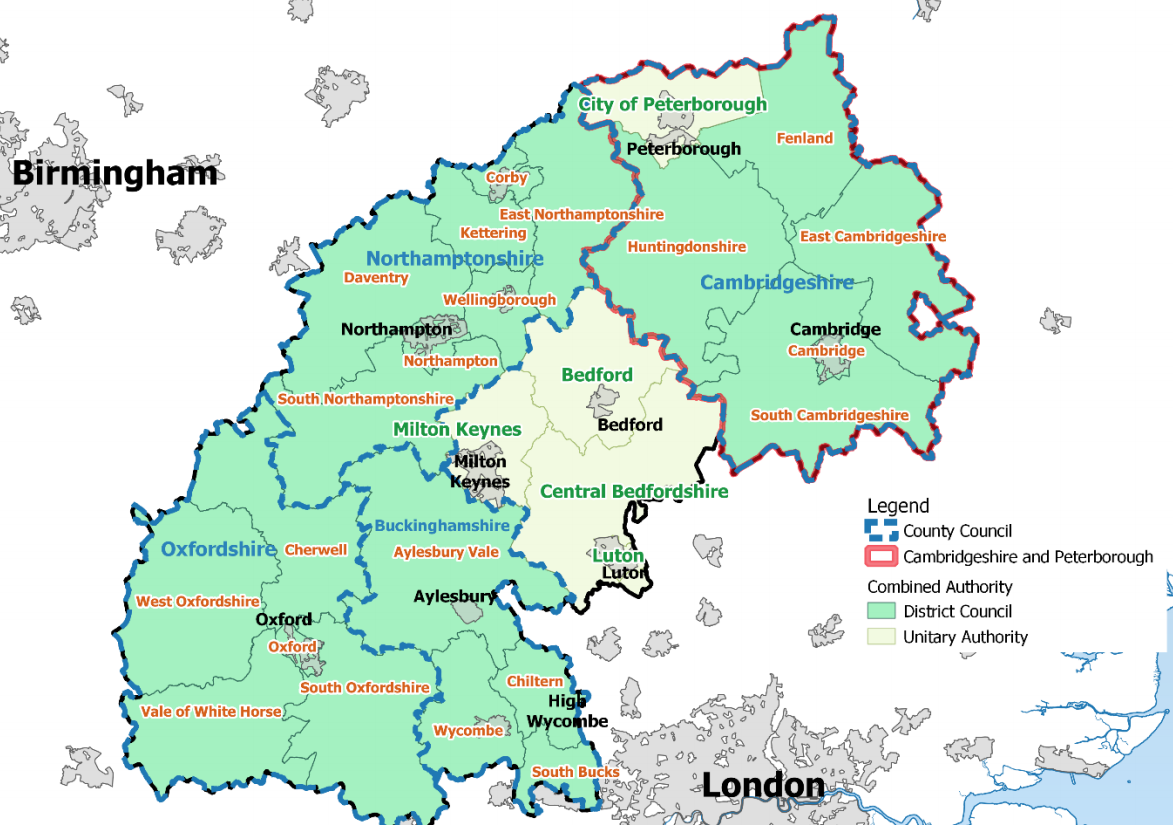 Consisting of Oxfordshire, Buckinghamshire, Northamptonshire, Bedfordshire and Cambridgeshire, the Oxford-Cambridge Arc is an area of significant economic potential.

The area is already home to 3.7 million people, supports over 2 million jobs, and contributes £111 billion to the UK economy each year, but the government has ambitions to take this even further. Across key strategies including productivity, place-making and connectivity, the strategic belt is predicted to reach its potential over the next three decades.

The Oxford-Cambridge Arc was a considerable factor for GRE Assets choosing to invest in Peterborough for our latest development, Nene Wharf Apartments. In light of this, we have explored how these three key factors benefit the property market of the surrounding area, with a particular focus on Peterborough.

Productivity
For the area to reach its economic potential, productivity is key – resulting in lower unit costs, growth in profits and higher wages. Productivity is already around 2.55% higher in the Arc than the UK average, which goes against a slump in growth that has been experienced in the UK following the financial crash.

Increased productivity in the Oxford-Cambridge Arc will not only make the area more appealing to businesses, it will also make the area a desirable place to work for residents. The area also boasts world-leading universities, with future plans for the University of Peterborough set to ‘create a pipeline of future employees’ – the number of new students reaching 12,500 by 2030. With more people moving to the area to work, there will be an increased demand for properties to rent and buy, making it a good location for property investors.

Place-making
The government’s aim is to create ‘places valued by local communities’ through high-quality and affordable homes. A rapid population growth rising from 2.99 million in 1991 to 3.74 million in 2017, a younger demographic than the rest of the UK, and affordability pressures within the Oxford-Cambridge Arc has meant that there is an increased demand for this housing, which is attracting both developers and investors to the area.

GRE Assets is seeking to address this through our Nene Wharf development, which offers 128 high-quality dwellings overlooking the River Nene in Peterborough. It will create a new riverside community adjacent to a hotel, office units, an arts and culture hub, and relocated council offices as part of the wider scheme.

One of the biggest strengths of the area is its digital and travel connectivity. Parts of the Arc, including Peterborough, were among the first towns and cities in the UK to get 5G internet, which supports the city’s development as a smart city. Connected by road and high-speed rail the Oxford-Cambridge Arc benefits from being within fast reach of London, the South East and the rest of East Anglia. Peterborough will benefit from train improvements, with Network Rail announcing that there will be more trains offering a faster, more reliable service.

This connectivity has attracted key businesses to the area, which is only expected to continue. This makes now the perfect time to invest in property within Arc, while there is an increased demand for housing supply.

GRE Assets is currently working within the Oxford-Cambridge Arc, delivering the second phase of Nene Wharf Apartments, which is part of a £120 million regeneration scheme in Peterborough.

What value does the Oxford-Cambridge Arc bring to the property market?