Regeneration in Peterborough: What will the future hold? 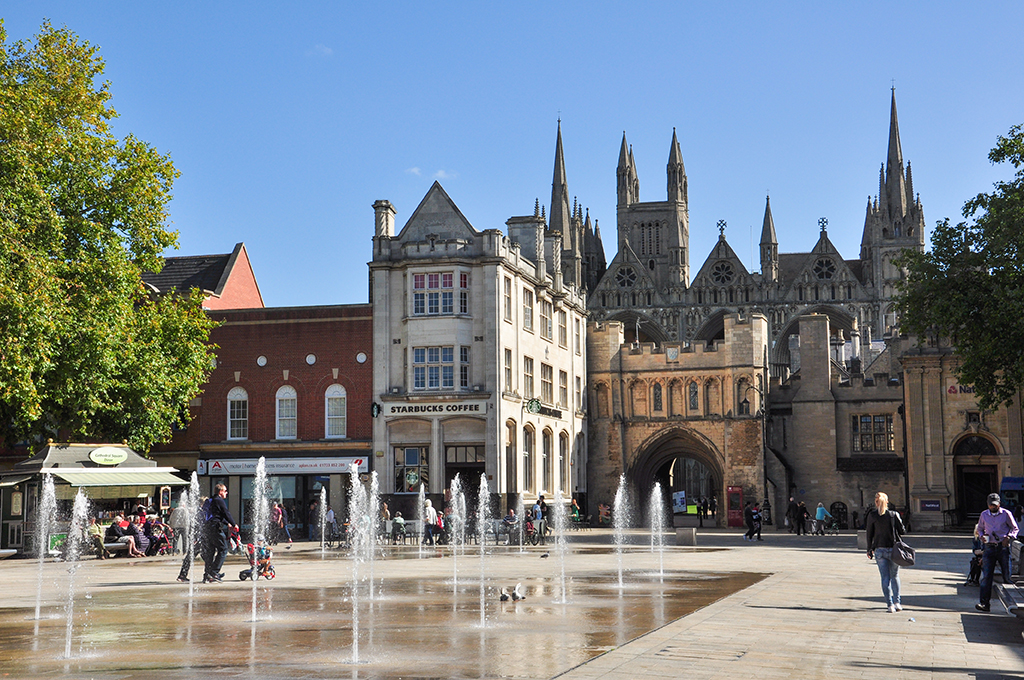 Successfully blending city and countryside living, Peterborough is an increasingly popular place to live and work. Strong transport links, a young and educated population and a variety of big local employers are just some of the strengths of England’s fastest growing city as an investment location.

GRE Assets chose to first invest in the city in 2019 with the launch of our Nene Wharf Apartments project, a collection of 128 apartments offering views of the River Nene and Peterborough’s heritage skyline.

Our development slots into a wider story of regeneration in Peterborough, which has already benefited from significant investment in recent years. Completed regeneration projects include the transformation of Cathedral Square and St John’s Square, a £12.6 million development, and the regeneration of Hereward Tower into luxury apartments.

In this blog post, we will explore what the future looks like for Peterborough by taking a closer look at the city’s most exciting regeneration plans.

Part of a £120 million riverside development, our Nene Wharf project answers the need for high-quality homes in a peaceful location only five minutes away from the city centre. All apartments benefit from balconies or terraces, and are fully-equipped for contemporary living.

The wider Fletton Quays development will also deliver a 160-bed hotel, dedicated wildlife area, office units, an arts and cultural hub and the refurbishment of Grade II listed Victorian rail sheds into a new building for Peterborough City Council. The project as a whole will also support the local economy through the delivery of jobs both during the construction phase and longer term.

In January 2020, plans were announced for Station Quarter, an ambitious project which encompasses the £43 million redevelopment of Peterborough’s railway station. It will also include a new office park, retail facilities and two multi-storey car parks.

The vision for the development is to create a ‘new gateway’ into the city centre and promote a positive impression of Peterborough from the second visitors step off the train. It also hopes to further unlock the city’s potential as a business location, which already benefits from being able to reach London St Pancras by train in 46 minutes.

The University of Peterborough

Plans for the University of Peterborough, which will focus on technical degrees and apprenticeships, were revealed at a three day showcase event in February 2020. Being progressed by the Mayoral Combined Authority of Cambridgeshire and Peterborough in partnership with Peterborough City Council, the project represents a combined investment of £26.4 million.

The new university hopes ‘to create a pipeline of future employees’ and become a ‘major driver for economic growth’. It has ambitions to launch in 2022 and enrol as many as 12,500 students by 2030.

Regeneration in Peterborough: What will the future hold?