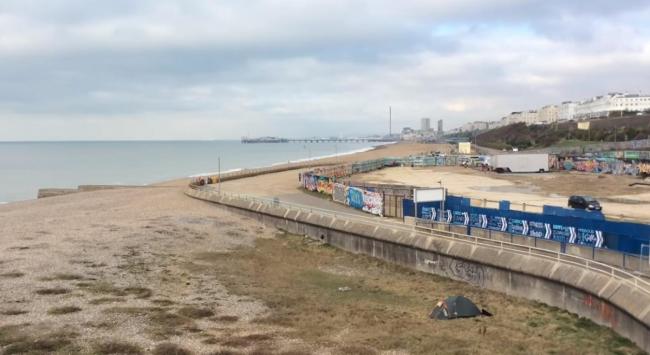 A new 10,000-seat arena, transport link, waterfront landscaping and an expanded public space will further energise Brighton’s Marina district, if plans being considered by the local Council are approved.

Part of a £540 million regeneration scheme, the plans will mean demolishing the Brighton Centre, extending Churchill Square to the city’s seafront and building a major new arena and conference centre at Black Rock.

Pre-planning for the works has already been completed, with landscape architects LUC drawing up an artist’s impression of the eastern seafront. A report presented to Brighton and Hove Council stated that the plans “will include a sustainable transport link in and out of the Marina that will run under the ramp access.”

If approved, work would begin on the development in March 2020 and take around 12 months to complete, with work at the Marina first to be undertaken. A new retail and leisure centre is included in the Churchill Square plans.

Part of the project’s funding comes from the Coast to Capital Local Enterprise Partnership, which stipulated that it must start by March 2020, adding some urgency to the Council’s decisions.

“The new venue is vital for the city,” said a Council representative. “It will ensure we can continue to compete with the bigger venues for the large conferences and major act tours. The venue would draw in extra business and visitors to the city.”

For local residents, especially those with properties in the neighbouring Marina development, it will add to the many leisure and entertainment options on their doorstep and enhance the value of their investments.