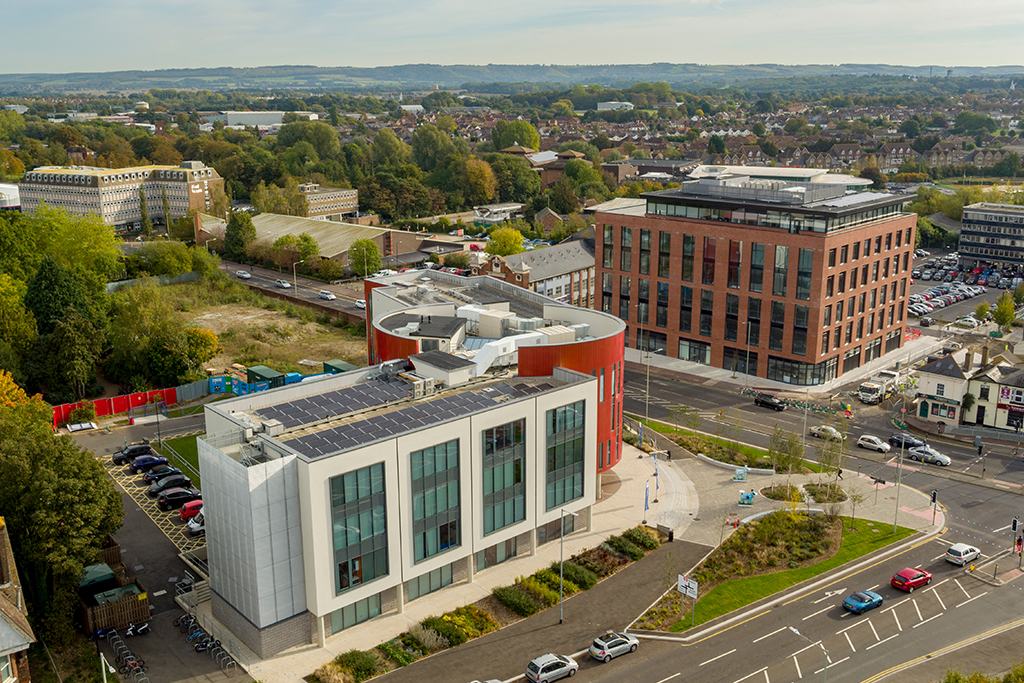 With excellent connectivity, scenic surroundings and exciting employment opportunities, Kent has become an increasingly popular place to live. One of the key factors that has increased its popularity is the unprecedented levels of regeneration transforming the county, and plenty of emerging plans are on the horizon.

Ahead of the new release of Bayley Place and six townhouses at Riverside Park, Ashford on Saturday 25th June, we have outlined some of the key regeneration projects which are progressing in Kent at the moment.

Levelling up bids in Medway submitted

Following on from previous funding granted to projects in the area, including £14.4 million for cultural initiatives in Chatham, the latest Levelling Up funding requests have been submitted for two major Medway projects. One is a £20 million bid for Peel L&P’s plans for a pedestrian and cycle route between Chatham and Gillingham, supporting more sustainable modes of transport. Another £20 million bid for funding has been submitted for Innovation Park, to support the growth of a major employment hub in the area.

Building on success at its flagship branch in Faversham and hub at Elwick Place in Ashford, Macknade has announced plans for a new location on Folkestone’s iconic Harbour Arm. The new venture will seat up to 120 people, and its menu will feature “provenance-rich, quality ingredients, cooked simply to bring out their flavours.” Alongside the restaurant will be a shop offering the best in local produce, including wine, beer, cheese and charcuterie.

Plans for a state-of-the-art digital industry-focused centre in the former M&S building in Margate are being brought forward by Thanet District Council, in partnership with EKC Group and The Margate School. Known as ‘MargateDigital’, the campus will specialise in digital technology qualifications and offer links with local businesses. The council believes “increased footfall will enhance the town centre, making it more attractive to residents, visitors and businesses”, supporting the wider regeneration of the area.

Tunbridge Wells Borough Council gave developers the go ahead this week (Retirement Villages Group) to submit a planning application for the former ABC cinema site in Tunbridge Wells town centre, which has sat vacant since 1999. Proposals include a retirement community of 165 homes, alongside retail, a café, a gym and swimming pool. This represents a positive step in the project’s progression following a public consultation event for the project back in April 2022.