How regeneration is putting UK regional cities on the map 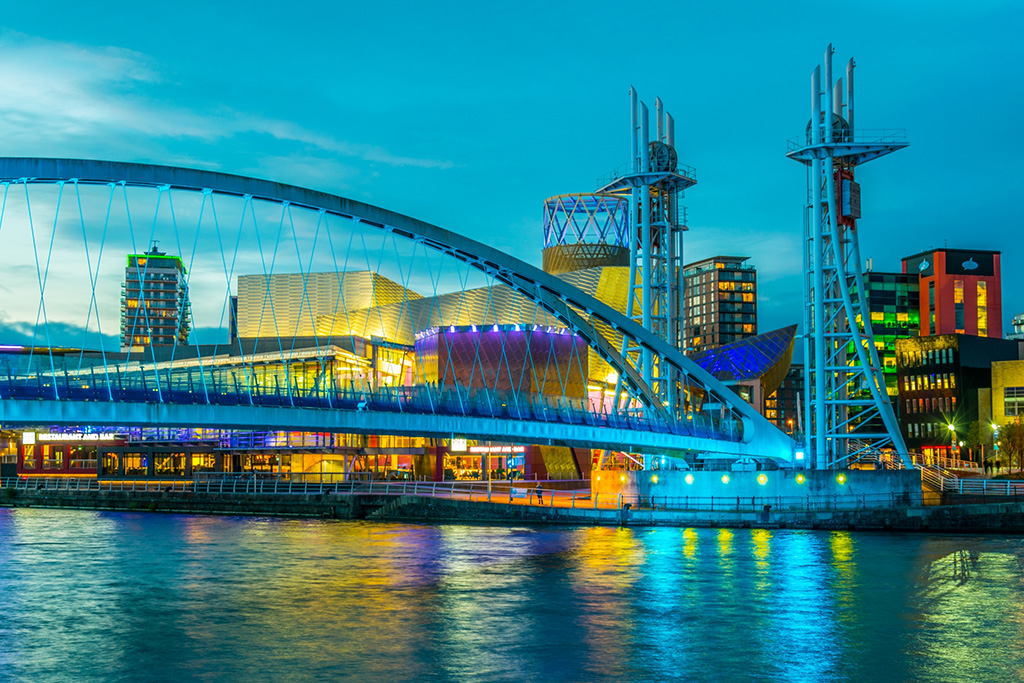 The United Nations has predicted that 60% of the world’s population will be living in urban areas by 2030. This paired with the unaffordability of London has meant that regional towns and cities have grown in popularity, especially for young professionals.

Regeneration campaigns, community investment through section 106 agreements and the emergence of highly-connected smart cities are transforming urban areas in the UK. In light of this, regional towns and cities are becoming more desirable places to both live and work.

Using UK towns and cities as case study, we have explored how urban regeneration is making a name for regional locations in the UK.

Largely considered as the ‘capital of the north’, Manchester is unrecognisable from the city it was 30 years ago thanks to the significant investment it has received. For example, MediaCity, the new home to the BBC in the North West, the first phase of which launched in 2011. Phase two will make up a £1bn expansion that will include TV studio and production space, commercial property, a hotel and new homes, which will further cement Manchester as a UK media hub.

Another key development is Manchester Airport City, a 5 million sq ft scheme encompassing offices, advanced manufacturing and logistics facilities as well as hotels and retail. GRE Assets has been involved with this regeneration story with One Smithfield Square, the final piece of a £120m regeneration scheme in the Northern Quarter.

This level of development pairs with the existing strengths of the city to make it a desirable place to live and work. Home to four leading universities including the largest in the UK, businesses benefit from access to a highly educated workforce. The city also boasts excellent train links to London and the rest of the UK keeping its residents connected for business or pleasure. Manchester is widely considered an ‘economic powerhouse’ with a GDP of £54bn and home to 65 of the FTSE 100.

After the success of Manchester’s regeneration plan, residential prices have witnessed an increase. However, more international investments on the residential market have created an oversupply in the market and the city’s demand will need time to catch up to the current supply.

Through continued regeneration, for example Chatham Place, a landmark mixed-use project in the town centre, and the redevelopment of the train station, Reading has experienced significant growth over the past 15 years. With graduates from a world-class university and over 50% of the population possessing qualifications of NVQ Level 4 or above, Reading is a popular location for businesses. Multinational businesses in the technology sector, including Microsoft, Cisco and Huawei, have headquarters in the town, which has gained a reputation as the ‘Silicon Valley’ of Europe.

Highly connected, Berkshire’s commuter hub reaches London Paddington in 22 mins by train and will benefit from the ongoing Crossrail project, which will give access toother Central London stations. Reading is also an extremely popular retail destination, with The Oracle shopping centre receiving an estimated 15 million visitor per year. These combined factors have made the town a fantastic place to live and work, that is more affordable than the nearby UK capital, and in turn has attracted the attention of overseas investors.

Named ‘World Smart City’ in 2015, Peterborough has emerged as one of the UK’s leading smart cities and one that will pave the way for how people will live in the future, for instance it was among the first places to get 5G in the UK.

Over recent years, Peterborough has enjoyed a rapid programme of regeneration, for example a £160 million leisure hub in the city centre and the £120 million riverside development, of which our Nene Wharf Apartments scheme makes up the final phase.  This has contributed to the city becoming one of the fastest growing in the UK, in fact a recent report by McKinsey predicted that Peterborough will grow by 40% by 2025.

Combining urban city living and countryside charm, Peterborough provides its young population with a work-life balance thanks to both a thriving economy and growing leisure offering. Regeneration has modernised the city, which combined with its location in the Oxford-Cambridge Arc has made it a hotspot for investment.

GRE Assets have major developments in Manchester, Reading and Peterborough.

How regeneration is putting UK regional cities on the map