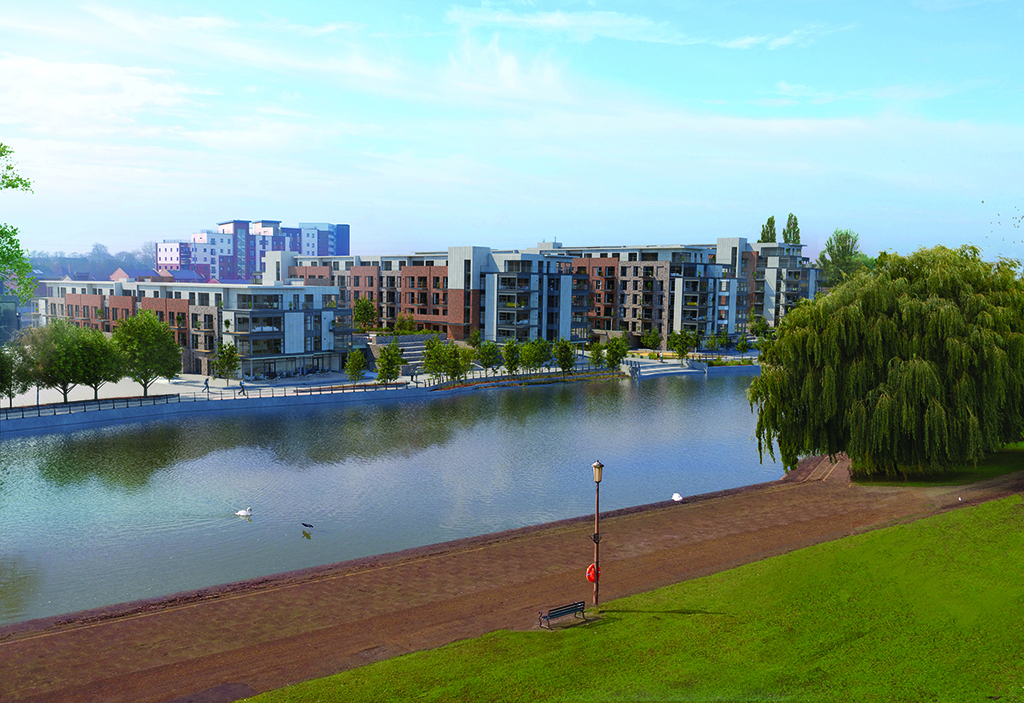 In a major boost to the city of Peterborough, Oxford-based GRE Assets announced the official launch of the second phase of its £120 million regeneration scheme, Nene Wharf Apartments.

“This exciting project will create a new riverside community, with all apartments benefiting from balconies and terraces, combining views of the river with those of Peterborough’s rich heritage,” said Andrew Lock, director of GRE Assets.

The 128 high-quality apartments set in two blocks overlooking the river Nene, will neighbour a hotel, office units and an arts and culture hub.

Peterborough’s economy in anticipated to grow by 40% by 2025, according to the McKinsey report, and has also seen a 7.8% growth in population since 2012, which is almost double the 4.4% growth that was seen across England in the same period. With excellent transport options including a high speed rail link to London, close access to motorways and to nearby Cambridge and flourishing business parks. “Peterborough is an increasingly popular choice for professionals,” added Lock.

Peterborough is an attractive city for the younger demographic with 41% of Peterborough residents under the age of 29. This is best demonstrated by the 10,000 students, that attend the various colleges in the city. Peterborough is a young city, attracting an increasing number of employers and investors to its charming historic centre and pleasant, uncrowded surroundings.