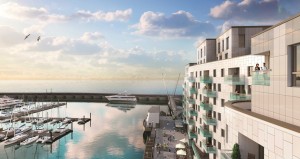 Brighton has the highest proportion of creative small and medium-sized businesses relative to the size of the sector.

Research from the Centre for Cities ranked Brighton ahead of London, Oxford, Cambridge and Bristol.

“The capital alone is home to 41 per cent of the UK’s creative SMEs (small and medium-sized enterprises).

“But Brighton has the highest proportion of SMEs in the creative industries relative to the size of the city’s total SME base (concentration), with one in eight SMEs operating in the sector.

“London has the second highest concentration.

“About 10 per cent of the SME workforce in London is employed by a firm operating in the creative sector.

“In Cambridge, Brighton and Oxford, creative SMEs employ more than 6 per cent of the SME workforce.

“In total seven cities have more than 5 per cent of their SME workforce working in creative industries.”

The research found that about one in eight small or medium-sized businesses is part of the creative, digital and IT (CDIT) sector.

The Brighton and Hove Economic Partnership said: “Brighton has the third highest density of SMEs overall, with 370 per 100,000 of the population and the fourth highest number of start-ups per head of population, with 66.4 per 100,000.

“The research shows UK cities which have high numbers of small firms in the creative, digital and IT sector are also the most successful places in terms of jobs growth, productivity and average wages.

“Average productivity per worker ranked Brighton19th out of 64 cities but average earnings at £24,800 a year were ranked 43rd”.

The Centre for Cities report also said: “Cities with a high proportion of SMEs in the digital sector tend to have wide coverage of superfast broadband.

“The digital sector is the only sector in which there is a clear relationship and reflects the importance of this infrastructure to these businesses.