A guide to Barcelona 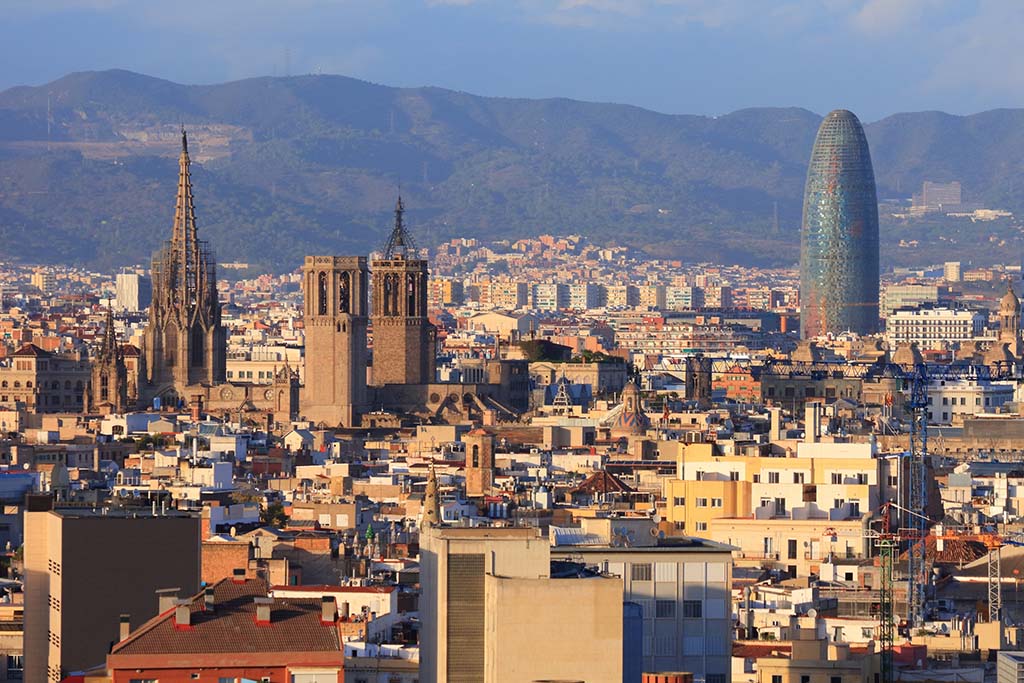 Located on the north east coast of Spain, Barcelona is the capital of the Catalonia region and is a popular place to live and visit.

In fact, leading travel guide book publisher, Lonely Planet said of the city “with its exquisite Modernist architecture, unbeatable fine-dining and Mediterranean, cosmopolitan attitude, it’s easy to see why Barcelona has become such an acclaimed city for globetrotting travellers.” Meanwhile, residents benefit from an average of 2,530 hours of sunshine a year, excellent connectivity, thriving technology industry and smart city credentials.

In our latest blog, we outline the best things to see and do in Barcelona, including beaches, parks, cultural attractions and where to eat and drink.

Much like elsewhere in Spain, dining times are later in Barcelona with lunch served from 2pm and dinner from 9pm, but there are plenty of different restaurants and bars to choose from.

If you’re looking for traditional Catalan cuisine, En Ville is a great option and has a wide selection of vegetarian dishes, and Osmosis offers a much revered tasting and wine pairing menu. Other popular spots include Bar Alegría, one of the oldest tapas bars in the city, and Honest Greens, which prides itself on its organic and predominantly plant-based menu.

With four and a half kilometres of coastline, Barcelona is blessed with a number of stunning beaches. Barceloneta is only a 20 minute walk from the city centre; Mar Bella is perfect for those wishing to try out some watersports and Nova Icaria has a fantastic choice of bars and eateries.

The city also has an excellent selection of open and green spaces. Parc de la Ciutadella provides space for a variety of activities including running, walking and yoga, and is also home to Zoo Barcelona. As the oldest park in Barcelona, Parc del Laberint d’Horta has a 750 square metre maze at its centre.

The world-renowned Sagrada Familia is a city landmark that is a must-see when you come to Barcelona. Designed by Catalan architect, Antoni Gaudi, the basilica is part of a UNESCO World Heritage Site and offers intricate facades and stone spires. Gaudi’s other designs including Casa Batlló, La Pedrera and Casa Vicens are also available to see as you explore the city’s streets. The Modernist movement of architecture was especially prominent in Barcelona and examples of the brightly coloured buildings can especially be seen around the Eixample area.

Established in 1963, Museu Picasso showcases the work of one of Spain’s most famous artists, Pablo Picasso who lived in the city from the age of 15 until he was 23. The permanent collection has an impressive 4,251 pieces, particularly from his early years as an artist.

A guide to Barcelona